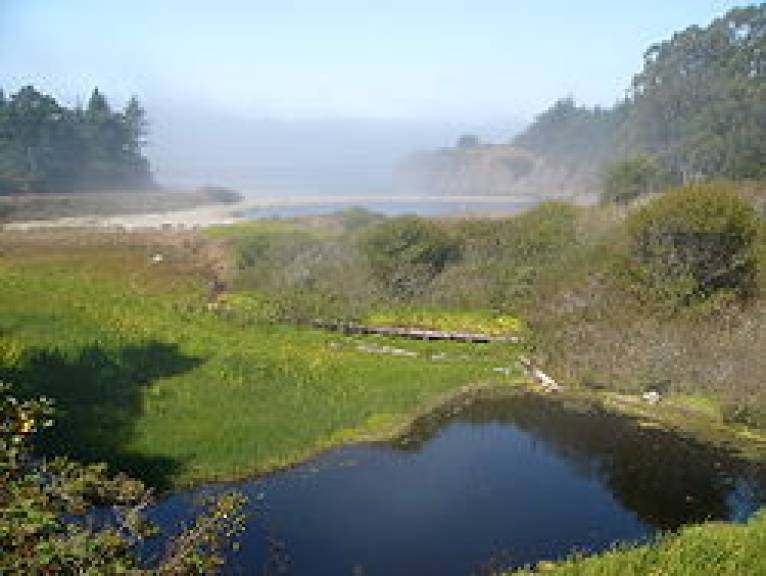 It is situated on the Pacific Ocean 4 miles north of Mendocino, at a height of 82 feet. The notable 1909 Point Cabrillo Light Station is close to the south. Caspar was established in 1857 by Siegfried Caspar, who later traded the land to Jacob Green Jackson, one of the founders of the Caspar Lumber Company which revolved Caspar into a significant logging settlement in Northern California from 1864 to 1955. Pilings from the mill can be viewed on Caspar Beach, situated at the south of the community. The mill was highlighted on the cover of the National Geographic magazine in one of their 1938 issue.