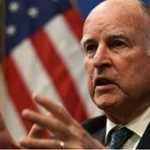 The New York Times recently published a letter of former California Democrat Governor Jerry Brown (he led the state twice, in 1975–1983 and 2011–2019), in which he urged to stop isolating and demonizing Russia. In an interview with Kommersant’s correspondent Yelena Chernenko, the well-known politician explained why he advocates improving Russian-American relations, while most of his colleagues consider this topic “toxic.”

– What prompts you to swim against the stream?

– Partly due to my education: I received a classical education, including the history of Ancient Greece and Rome, and I know that not a single civilization is perfect and eternal. I try to always look at things in a wide context.

In addition, I have been observing for many decades that relations between the United States and Russia are improving or deteriorating. During the Cold War, the United States either considered the USSR an “evil empire,” or signed breakthrough agreements with it. We are now seeing a re-release of the Cold War after a long period of warming. It seems to me that this should not be so. If at one time, Richard Nixon was able to fly to Moscow with his wife to negotiate, then today’s American presidents should be able to do this.

In my opinion, most of the anti-Russian rhetoric in the United States is associated with two-party confrontation. Democrats need themes to cling to. Donald Trump made it clear that he sympathizes with Vladimir Putin, so they are trying to extract political dividends from this, attacking both of them.

In addition, there really was Russian intervention in the US presidential election with the help of hackers. I do not write it off. Nevertheless, the threat of nuclear war today is so great that it is extremely important for us to intensify the dialogue between Washington and Moscow. New weapons systems – nuclear, precision, cyber and so on – are becoming more powerful and dangerous. This should be a wake-up call for us.

– Does it seem to you that there is much in common between the Russian Federation and the USA?

– The essence of Russia as a Christian civilization is not very different from the essence of the United States or Europe. From the point of view of history, culture and values, we have a lot in common. This gives hope that we will still find a common language.

It seems to me that the Americans are manipulated by players who are not interested in making the world a safer place, but who proceed only from certain interests of their own. Maybe it’s even forces outside our country.

– Russian officials say that Russia has become a victim of the internal political struggle in the United States. Do you agree with this?

– Yes, a lot of things in this matter can be explained by domestic political factors. There is a lot of blackening and personal attacks in US domestic politics. This policy is not very elegant, so to speak.

At the same time, I believe that Russia itself could do much more to improve relations with the United States. Of course, the United States could do more, but they are not doing anything now. Therefore, Russia needs to be more active in this matter.

– Well, I believe that, for example, on the issue of possible violations by Russia of the Treaty on the Elimination of Intermediate-Range and Shorter-Range Missiles, Moscow could initially be more constructive and try to alleviate US concerns.

We have many mutual complaints. But we live on one planet, and we have much more common themes – from preventing war with the use of weapons of mass destruction and the fight against terrorism to a responsible attitude to artificial intelligence and climate change. There are a lot of areas where cooperation between the USA and Russia is urgently required. There are problems, of course, but they are much less significant than the challenges we face.

– In both Russia and the United States, advocating for better relations is fraught with problems: a person is immediately classified as a spy …

– What to do in such a situation?

– It is necessary, firstly, for famous persons to speak out for dialogue, and secondly, for creating platforms for dialogue. I helped create such a venue in Fort Ross (a California historic park dedicated to the Russian fortress. – “Kommersant”) in San Francisco.

– And they brought criticism upon themselves. Just a couple of weeks ago, The New York Times published a publication whose author called for the closure of this sanctuary, since it is funded by Russian business with the goal of “creating a softer image of Russia.”

– Not only Russian business, but also American. This article in The New York Times seemed to me so misleading that I even wrote a letter to the editor. We need more sites like Fort Ross, not less.

At the same time, despite criticism, when James Mattis was the head of the Pentagon, he called me and asked me to work with the Russians who wanted to restore the cemetery in Fort Ross. And I readily agreed, because on the whole I saw Fort Ross and California as a window of “non-toxic” dialogue with Russia.

– But you were the only one who set himself such goals. And one of the few who generally agreed to communicate with the Russians is to receive Russian Ambassador to the United States Anatoly Antonov, for example.

– I don’t know why it happened. It may sound immodest, but I have vast experience in conducting political campaigns. In one format or another I participated in dozens of them. And I very much doubt that the Russian issue really worries voters. If you want to win the election, you need to talk about jobs, healthcare, environment, sins of your opponent. These are main topics of political campaigns. Russia and Putin are very far and abstract for the average American.

– But American television only says that about Russia and Putin.

– It is only in Washington and on cable television. Outside the capital, few people watch it. I live in the outback now, there people care about their everyday problems. And the media is discussing them, not Russia.

– But in Washington everyone is talking about Russia.

– In Washington people are obsessed with this topic. And it seems to me that the discussion here, both in essence and in practical consequences, is developing in the wrong direction.

– At the same time, Donald Trump says that he would like to improve relations with Russia, but it is only getting worse.

– Yes, this is a paradox. The United States has not yet had a president who spoke so well of his Russian counterpart and in which relations with Russia deteriorated so rapidly. It seems that the more positive Trump says about Putin, the tougher Washington’s policy toward Moscow becomes.

– And what to do in such a situation?

– We must make every possible effort to enhance dialogue at all levels. The Duma and Congress should meet, and not once, but regularly. There should be a more intense interaction between the military and intelligence. It is necessary to intensify the dialogue between entrepreneurs, experts, representatives of the cultural and humanitarian sphere. It is necessary to agree that the Russian consulates reopen in the United States, and the American ones in Russia. Closing them was a stupid decision.

– Everything sounds reasonable, but not very realistic in the current conditions.

– The situation can change very quickly. Remember how it was in the early 1980s, just a few years before the signing of the INF Treaty. Ronald Reagan then spoke of the USSR exclusively as an “evil empire.” No one believed that the parties could agree on something mutually beneficial. But they could. But this requires a powerful political impetus from the very top, and now it is not.