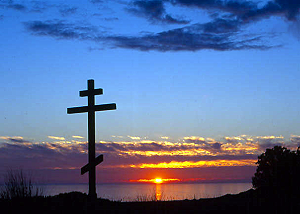 Across the gulch to the east, one-quarter mile above the cove, a large Russian Orthodox cross marks the site of the settlement’s cemetery. One hundred thirty-one people were buried in the cemetery during the Russian-American Company’s thirty-year settlement.

“To the northeast about the distance of a cannon shot, they have their cemetery, still without a fence. Among the burials there are notable distinctions. For the three distinguished Founders facing each other they placed their mausoleum on a sepulcher of three squared levels from larger to smaller, and on these a pyramid of two varas (5 ½ feet), over this a sphere as a top and on [it] a cross, all painted in white and black in such a way that when one descends from the mountains it was what most attracts attention. Over another European they put only a sort of large box, and over the Kodiaks, a cross…

All of the crosses we saw are patriarchal; a small cross above and a larger cross nearby like arms, and below, a diagonally placed stick… ”

In 1990 the University of Wisconsin Milwaukee assisted the California State Parks in a project intended to better understand the boundaries and composition of the historic Russian cemetery. Excavations to locate and identify the individual Orthodox burials were conducted. The names of individuals associated with specific burials are not known, although researchers have identified a lengthy list of people who died at Fort Ross and were most likely buried here. The Ross settlement was a mercantile village with many families, and there are a large number of women and children buried in the cemetery. Remains have been re- interred and given last rites by priests of the Russian Orthodox Church. Artifacts, such as beads, buttons, cloth fragments, crosses and religious medals found in the cemetery restoration project, will help researchers better understand the Russian settlement’s culture. 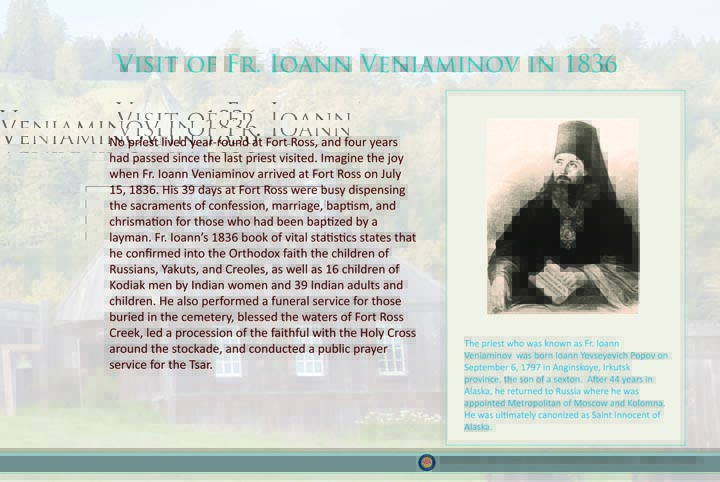 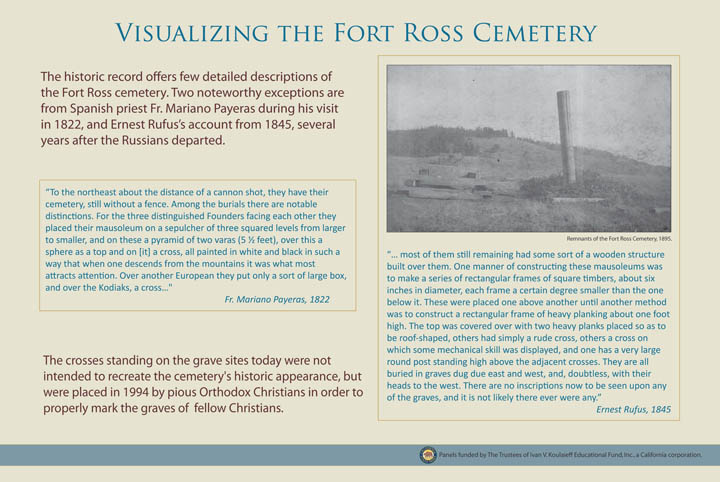 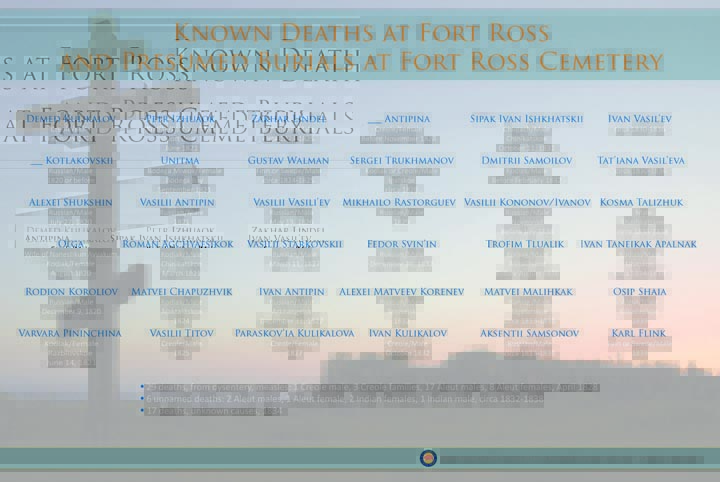 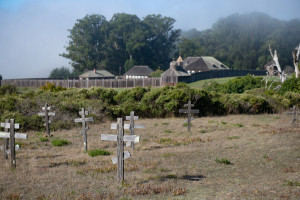 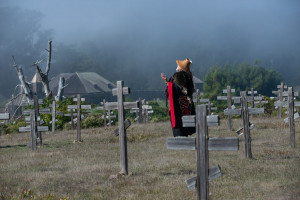 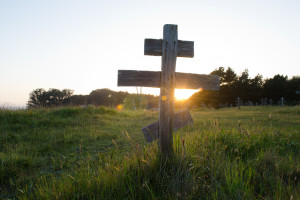 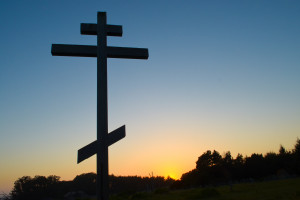 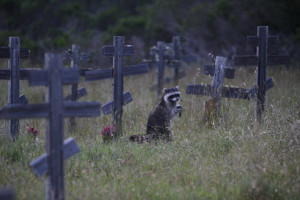