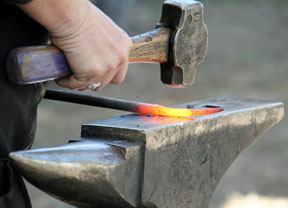 The Russian American Company brought highly skilled blacksmithing and metalworks craftspeople to California, and the Spanish missions often bought or traded with the inhabitants of Fort Ross for new items or repairs. There was a blacksmithy and a locksmithy built outside the walls of the Fort, and various blacksmiths and metalsmiths employed over time. The smiths worked on the copper and iron parts of ships that were constructed at Fort Ross, as well as longboats built for the Spaniards. A key contribution to the Fort’s agricultural endeavors was a wheat thresher that was mostly wooden, but had “iron tenons and bearings” made by the smith Semyon Mel. Some of the other metal items that were forged or repaired at Fort Ross included rifles, a copper boiler, locks, bowls, ploughshares, wheels, and pinions. 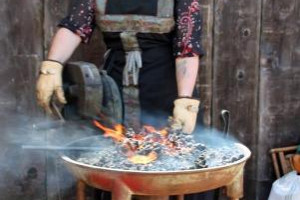 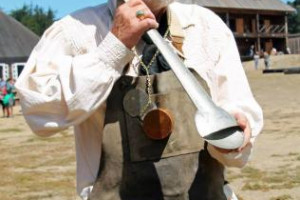 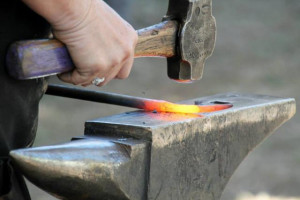 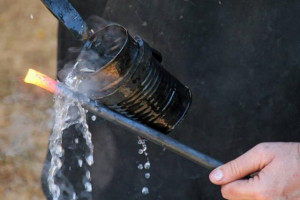 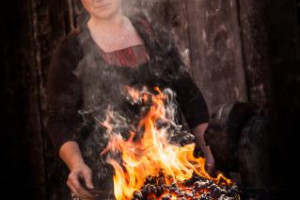 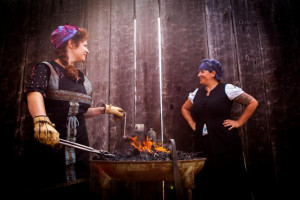 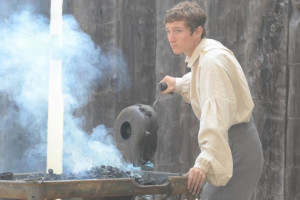 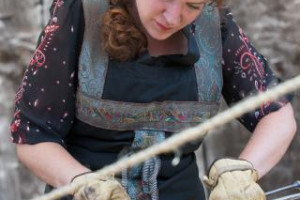