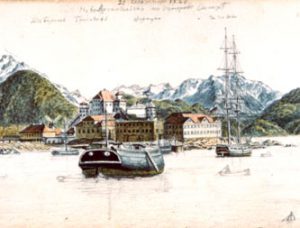 One of the main industries at the Fort Ross settlement was building ships for conducting trade. The manager of the Fort was assigned to oversee construction of the ships, which took place at the shipyard set up in Sandy Cove. The Fort Ross carpenters and shipwright Vasily Grudinin built four ships between 1816 and 1824: the Rumyantsev, the Buldakov, the Volga, and the Kyakhta. Some used oak timber, while others used redwood, especially for constructing large masts. Unfortunately, none of the ships built at Fort Ross were very durable due to a misuse of timber which caused it to rot, and none lasted longer than six years at sea. In the end the Fort Ross shipyard had to close – they had used up all of the most accessible timber, and the carpenters were beginning to demand higher wages than the company could afford. 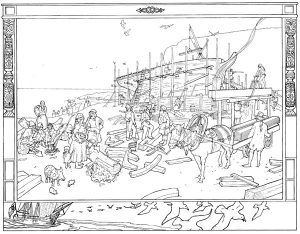