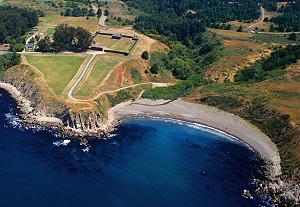 Sandy Beach Cove lies below the fort. The principal port of the settlement remained 19 miles to the south at Port Rumiantsev (Bodega Bay). There was frequent travel and transport of goods between Sandy Beach Cove and Port Rumiantsev in Russian launches and Native Alaskan baidarkas (kayaks) and baidaras (large, open skin boats used to carry cargo and up to 15 passengers).

In the cove area below the settlement were a number of buildings including a shed for the baidarkas, a forge and blacksmith shop, tannery, cooperage (for making barrels) and a public bath (“banya”).
There was a boat shop and shipways for building ships. Farm implements and boats were sold and traded to the Spanish, and four Russian-American Company ships—three brigs and a schooner—were the first built on the California coast. The shipyard was abandoned by 1825, but smaller boats continued to be built. 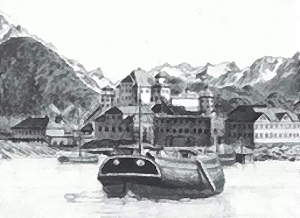 Detail from “Unfinished Watercolor of Sitka Harbor” by Pavel Mikhailov, 1827. 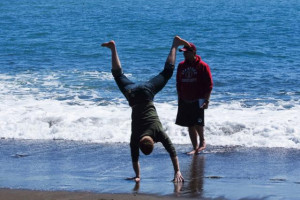 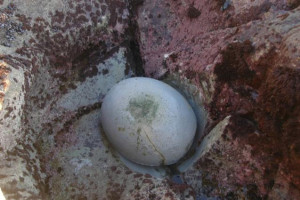 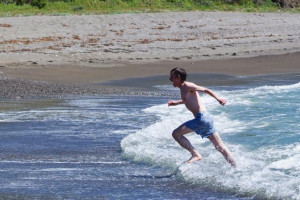 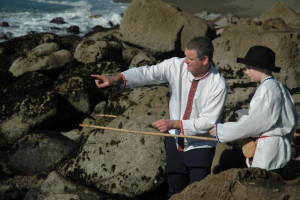 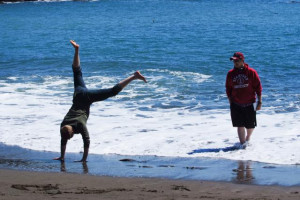 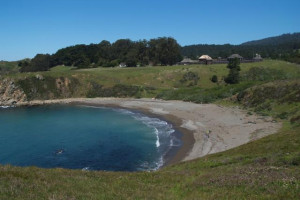 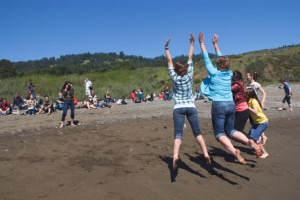 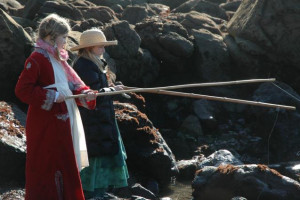 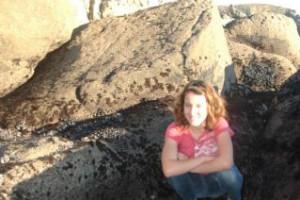 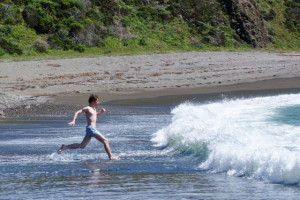 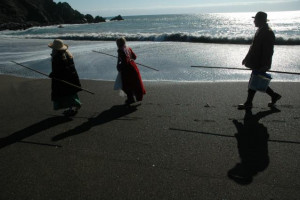 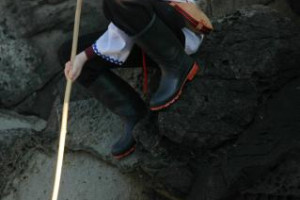 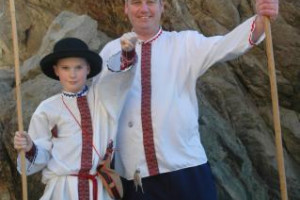 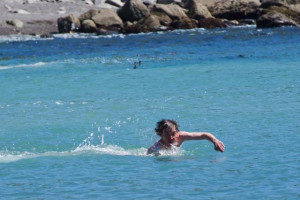