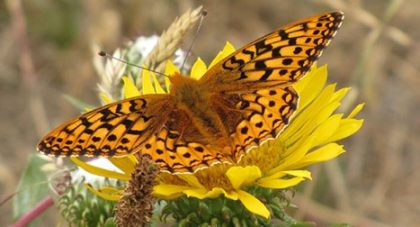 All three species have an incredibly small remaining habitat range. The Behren’s silverspot butterflies’ (BSSB) distribution is coastal Sonoma and Mendocino Counties, from Manchester to the Russian River. The largest known population is located near Point Arena in Mendocino County.  Initial surveys of this range from 2006 through 2018 identified critically low numbers of BSSB. During these initial surveys, scientists observed continued and increased threats to the BSSB. 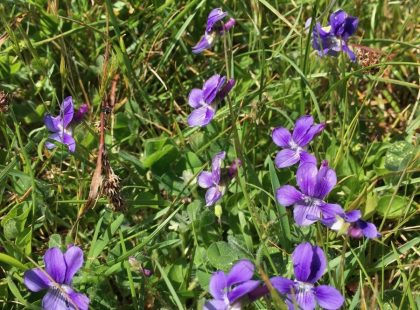 Current threats to the Viola habitat include invasion by exotic vegetation (in particular non-native perennial grasses), natural succession, fire suppression and development. The number of Viola plants are currently insufficient to support a sustaining population of BSSB. 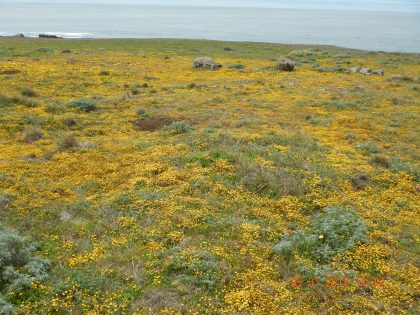 With the help from the Disney Conservation Fund (DCF), Florida University (FU), U.S. Fish and Wildlife Service (USFWS), Sonoma Mendocino Coast District of California Department of Parks and Recreation (DPR) and Fort Ross Conservancy (FRC) have expanded upon an existing project to improve coastal prairie habitat that specifically targets the expansion of the Viola adunca. DPR and USFW determined that restoration of native coastal prairie species and a reduction of other threats to the subspecies and its habitat is essential to maintain and grow their habitat. To this end, DPR has started implementing seasonal, short-term, rotational grazing and mowing techniques at Manchester State Park and added similar treatments at Salt Point State Park with the funding provided by the DCF.

Efforts to conserve the Oregon silverspot butterfly have included propagation and outplanting significant numbers of Violas, which led to an increase in this population. A lack of nectar plants have also been implicated as a limiting factor for the adult life stage. Therefore, DPR will be planting 5,000-10,000 Viola and 372 nectar plants within the treatment areas.

The ultimate goal of this work is to increase BSSB populations at these sites by reducing competition and thatch from non-native grasses, thereby increasing Viola numbers. 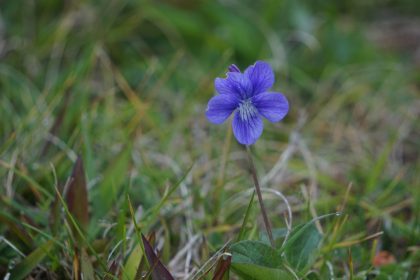 Commonly referred to as the early blue violet, hookedspur violet or western dog violet, this is a low growing plant (2-4 inches tall), with heart shaped leaves, and pansy-like bluish-violet flowers that hang at the tips of their slender stalks, is a California Native.

The leaves and flowers are edible, with high levels of vitamins A and C. However, the rhizomes, fruit, and seeds are poisonous to humans and can cause an upset stomach, intestinal problems, and respiratory and circulatory depression.

It does best on upland restoration sites where competition from invasive plants and grassy thatch are kept to a minimum.