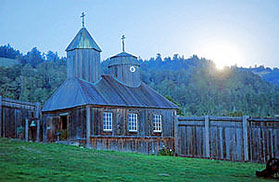 The Chapel was originally built in the mid-1820s. It was the first Russian Orthodox structure in North America outside of Alaska, although Ross had no resident priest. In 1836 Father Ioann Veniaminov visited the settlement and conducted sacraments of marriage, baptisms, and other religious services. Father Veniaminov later became Bishop of Alaska, then Senior Bishop of the Russian Empire. In 1977 he was glorified Saint Innocent by the Russian Orthodox Church. Father Veniaminov had been an active missionary among the Native Alaskan people. Unlike the Spanish, the Russian priests in North America baptized only those natives who demonstrated a knowledge and sincere acceptance of Christian belief.

“The chapel is constructed from wooden boards… It has a small belfry and is rather plain; its entire interior decoration consists of two icons in silver rizas. The chapel at Fort Ross receives almost no income from its members or from those Russians who are occasional visitors.” Journal of Father Ioann Veniaminov, 1836.

The chapel was destroyed in the 1906 earthquake. The foundation crumbled and the walls were ruined; only the roof and two towers remained intact. Between 1916 and 1918, the Chapel was rebuilt using timbers from both the Officials’ Quarters and the Warehouse. On October 5, 1970 the restored Russian chapel was entirely destroyed in an accidental fire. It was reconstructed in 1973. Following Russian Orthodox tradition, some lumber from the burned building was used. The chapel bell melted in the fire, and was recast in Belgium using a rubbing and metal from the original Russian bell. On the bell is a small inscription in Church Slavonic which reads “Heavenly King, receive all, who glorify Him.” Along the lower edge another inscription reads, “Cast at the foundry of Michael Makar Stukolkin, master founder and merchant at the city of St. Petersburg.”

According to Russian Orthodox tradition, the cross on the chapel cupola has a short bar on the top representing a sign nailed to the cross: “Jesus of Nazareth-King of the Jews”; the middle bar represents Christ’s crucifixion; the slanted bottom bar, to which Christ’s feet were nailed, points toward heaven (signifying the thief on the right who repented) and downward (signifying the disposition of the mocking thief).

In 1925, the Chapel began to be used for Orthodox religious services, and it continues to be used for such services every Memorial Day, Fourth of July, and during our Fort Ross Festival on the last Saturday of every July. 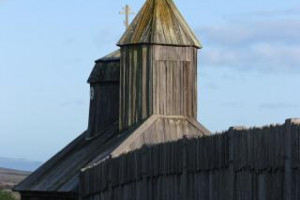 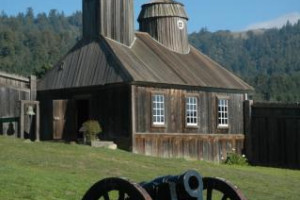 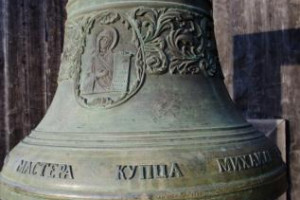 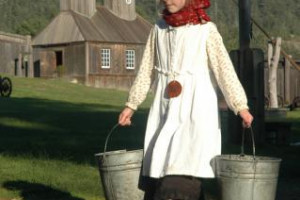 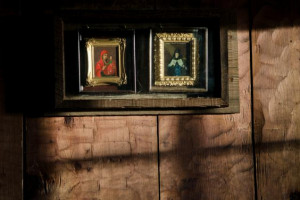 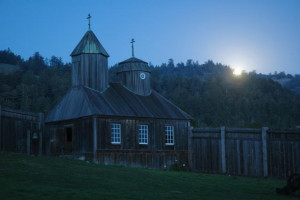