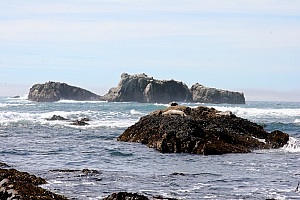 The history of Fort Ross is inextricably tied to the Pacific Ocean’s resources. Russians settled Alaska in their hunt for “soft gold,” and later migrated down the Pacific coast with two primary goals: to find a warmer location whereby they could grow enough food to feed those Alaskan settlements, and to increase the range of marine mammals being hunted. It wasn’t only the Russians hunting marine mammals — it’s worth noting that many nationalities, in particular the Russians, British, and Americans, hunted sea otters, northern fur seals, and other mammals that once thrived along our coast, often trading these goods with the Chinese. Russians and others realized that the hunting was putting many species on the brink of extinction, and they created one of the earliest moratoriums on hunting practices.

Interested in getting your feet wet and learning more about your coastline? FRC takes part in three different coastal stewardship surveys at Fort Ross and we welcome you to join us. Taking part in a survey is a great way to increase your understanding of the natural world and helps you to more accurately identify the animals that live on our shores. It’s also great fun! If you would like to join us for any of these surveys, please see the date and time listing at the top of our Events page.

Assist us with our citizen scientist effort monitoring the Harbor Seal population that haul out along our coast. Depending on the season, we undertake Harbor Seal surveys twice a month. These almost two mile low-tide shoreline surveys end at Fort Ross Cove and take about two hours’ time. Trainings happen annually, just before pupping season which starts in March. Contact info@fortross.org. 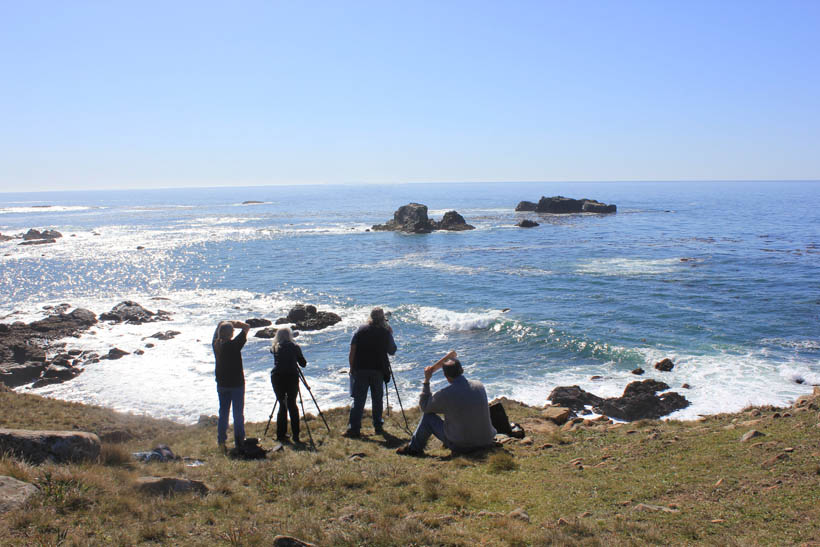 Assist us as we monitor one of the most southerly populations of Steller Sea Lions, the largest of the sea lions, that haul out on Sea Lion Rocks just offshore at Fort Ross. Steller Sea Lion surveys are scheduled just prior to survey, weather and conditions permitting. Please call or email us to RSVP and confirm exact Sea Lion monitoring dates, times, status, and weather conditions. Contact Charon Vilnai at charonv@fortross.org

What Marine Mammals Live off the Fort Ross Coast Today?

These species were plentiful during the Russian era but are not seen at Fort Ross today: 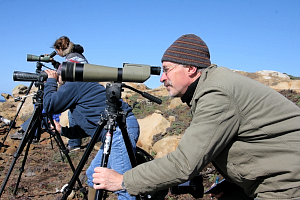 Today, Fort Ross is home to numerous marine mammal populations. While harbor seals are present along much of the Sonoma coast, Fort Ross’ Sea Lion Rocks, and both Bodega Rock and Ano Nuevo to our south host the most southerly and fragile extension of the Steller sea lion (Eumetopias jubatus) population in the Eastern Pacific.

To better assess their health along our coast, Fort Ross Conservancy has created a marine mammal monitoring program. By providing an accurate year-round count of their presence, we hope to address questions such as: 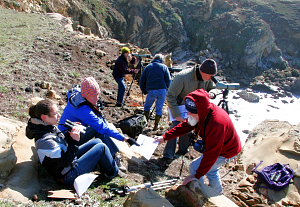 Working with local experts, FRC offers hands-on training in identifying and counting these fabulous creatures. We offer informational sessions during which we will describe the marine mammal observation program at Fort Ross and give you an opportunity to train and sign up to help us with this exciting field work.

This is your opportunity to engage with science at a local level. FRC does field monitoring at least once a month, and once a week during the pupping season.

Often joining us in the field are local experts Dr. Joe Mortenson, co-author of Field Guide to Marine Mammals of the Pacific Coast, Oregon, Washington, British Columbia, and Jamie Hall of the Gulf of Farallones National Marine Sanctuary, both of whom have been conducting field work here since the late 1990’s. We invite all to participate in this program to better learn about the health of the waters off Fort Ross.